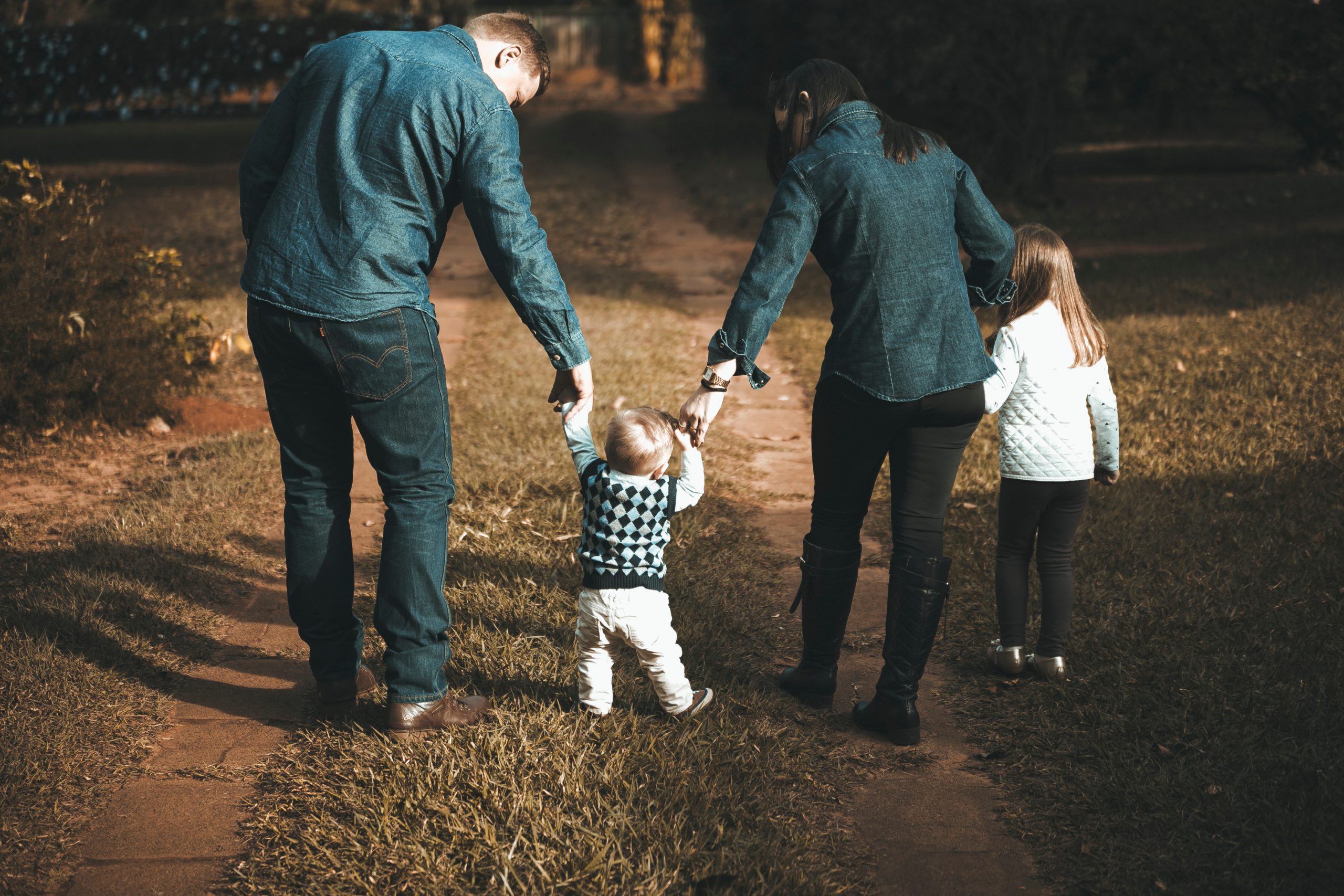 When relocating to the NYC/Tri-State area, choosing a community to call home comes with many considerations. Home prices, crime rates, commute times, proximity to shopping and restaurants, and quality of local schools are just some of the things families must consider when deciding where to live. Settling down in Northern New Jersey has become a popular option for those relocating to the NYC/Tri-State area, since it offers a number of great communities to raise a family, yet is still accessible from New York by public transportation.

Based on public school ratings, crime statistics, market home values, and “kid-friendliness,” here are some of our picks (in no particular order) for the best places to raise a family in northern New Jersey.

Glen Rock is a smaller borough (population: 11,964) located approximately 25 miles northwest of New York City. With award-winning schools, very low crime rates, and a strong emphasis on arts and culture, Glen Rock is an extremely popular place to raise a family. However, this popularity shows in the area’s home prices; Not only are Glen Rock home prices among the most expensive in the state, but also rank consistently among the most expensive in America. The borough also has a stop on the NJ Transit line, making the commute to NYC simple, albeit a bit long at around an hour each way.

During the summer months, families in Glen Rock can enjoy the Thielke Arboretum, Glen Rock Municipal Pool, and Glen Rock Duck Pond and Playground. There are also a number of additional smaller parks in the area that offer space for kids to get outside and play with friends. Another added benefit of residing in Glen Rock is that it borders Paramus, known for its world-renowned shopping.

As the largest municipality in Bergen County, Mahwah has more open space than any other in the county and has a variety of different home styles to choose from. With a population of 26,471, Mahwah is a safe community with very low crime rates. Public schools in the district are also very good, consistently ranking in the top 50 school districts in the state. Median home prices in Mahwah are a bit lower than in neighboring communities, making it more attractive for younger families. Ramapo College of New Jersey is also located here, attracting college-educated residents that provide an environment conducive to academic success.

Another factor contributing to Mahwah’s popularity among families is its abundance of outdoor activities. The Ramapo Valley County Reservation and Campgaw Mountain Ski Area are two of the better-known attractions nearby that offer hiking, picnicking, and access to winter sports, respectively. Mahwah isn’t considered a rural community, but is located farther west than most northern New Jersey suburbs, providing a quieter lifestyle for those that live there. Residents also enjoy the convenience of public transportation to and from NYC and is quite heavily used by commuters who live here.

Just to the east of Mahwah is Saddle River and Upper Saddle River. Traditionally ranked as two of the wealthiest communities in New Jersey, it shows in Upper Saddle River Public Schools. Most classrooms are equipped with the latest in learning technology, allowing students to have access to a variety of devices and programs. Over 70% of the population holds (at minimum) a 4-year college degree, compared to 22% of the national average for all cities and towns.

Homes in Saddle River/Upper Saddle River often sell for over a million dollars, and both communities are less walkable than others on this list, due to large property lots and expansive neighborhoods. But they are both well-located, with easy access to the Garden State Parkway and Route 17 and have accessible public transportation options, which are popular among its residents commuting to work in NYC and surrounding cities.

“The Chathams” is a term used to reference two neighboring municipalities: Chatham Borough and Chatham Township. Located to the west of Newark, The Chathams boast some of the lowest crime rates not only in the state, but in the country. The area also has great public schools and is surrounded by many well-kept parks and green space, including the Great Swamp Wildlife Refuge. It also has a number of community pools and recreational facilities that residents have access to. However, all these amenities come at a cost; Chatham Borough and Chatham Township have some of the highest median home prices in the state.

In addition to its own amenities, The Chathams are surrounded by quaint neighboring towns that offer a mix of restaurants and shops in charming downtown settings. Public transportation to NYC and surrounding areas is also very accessible for residents.

Ridgewood is a moderately-sized community in Bergen County, New Jersey with a population of 25,500. Only 15 miles from NYC, Ridgewood has a small-town feel while still being conveniently close to a global metropolis. Encompassing a larger area than its neighboring communities, Ridgewood is home to many family-friendly facilities such as the Graydon Pool, Ridgewood YMCA, Veterans Field, and Ridgewood Wild Duck Pond. It is also home to a number of historic sites, listed on the National Register of Historic Places. It’s school district is consistently ranked as one of the best in the state, and public-school students are eligible to attend secondary education programs offered by the Bergen County Technical Schools.

Ridgewood has a bustling, vibrant downtown area with plentiful shopping and restaurant options. It is more pedestrian-friendly, as many of Ridgewood’s neighborhoods are dense enough and have amenities close enough that people find it feasible to get around on foot. Most residents who work in nearby NYC take public transportation to get into the city, as it’s about a 45-minute commute each way.

Essex Fells is a small community located in Essex County, New Jersey, with a population of only 2,100. The town has an unusually large stock of pre-World War II architecture, making it one of the older and more historic boroughs in the area. Consistent with the northern New Jersey market, home prices in Essex Fells are higher than much of the country. Its school district is also consistently ranked among the top districts in the state, and students here have access to a variety of learning resources.

For being such a small community, the area boasts several parks and greenspace that residents can take advantage of. Grover Cleveland Park is a solid option for families looking to get outdoors during all seasons. In the winter, Essex Fells Pond transforms into a wildly popular skating rink for recreational skating, ice hockey, and figure skating. Essex Fells is also close to family-friendly entertainment options, such as the “Imagine That!” interactive exhibit for kids, The Funplex – a family game spot with laser tag and an arcade, and Sky Zone Trampoline Park.

Summit is an affluent community located in Union County, New Jersey. With a population of 22,000, it is a medium-sized town with plenty of local resources and amenities. It also has a thriving local arts scene, as it’s home to the former The Summit Opera House (now a mixed-use facility), Summit Playhouse, and Visual Arts Center of New Jersey. In addition to its focus on arts and culture, Summit also has plenty of parks and outdoor space for active families. These include the Reeves-Reed Arboretum, Briant Park, and the Watchung Reservation.

Children pre-kindergarten through 12th grade are educated by Summit Public Schools, which encompasses nine schools and over 4,000 students. Summit has options for parents who choose to send their children to private schools as well, with five private schools located within city limits. Along with great schools, the city also has a robust offering of youth sports programs, including basketball, baseball, soccer, and football through the Recreation Center. Lacrosse is also a popular sport with high school teams achieving distinction at county and state levels.

Though we just outlined a few options, there are many communities in New Jersey that are terrific places to raise a family. With so many different choices, it is ultimately up to you to decide which communities meet your personal preferences when relocating for work.

Need help deciding which areas are right for you? You don’t have to go it alone; As local experts, we can help. Get in touch with us today to learn more – we’d love to hear from you!

It’s safe to say that spring of 2020 has been one of the most tumultuous in current memory, due to the global pandemic. New Jersey’s stay at home orde … Read more ⇢

10 Things to Know Before Moving to New Jersey

Between its close proximity to the brighter and shinier New York City and the unflattering stereotypes of its residents, New Jersey can get a bad rap … Read more ⇢