There’s no doubt about it – winters in New York can be tough, especially if you relocated to the city from a warmer climate. That being said, NYC also happens to be one of the most exciting cities in the world, so there’s no shortage of indoor activities for those who don’t want to spend time outdoors in single-digit temperatures (but if that’s your thing, we totally have a blog for that too).

Here are some of our favorite indoor activities in New York City for those less than perfect days.

Peruse a museum or gallery

The Met | 1000 5th Ave., New York, NY 10028
The Metropolitan Museum of Art, or simply The Met for short, is the quintessential New York museum. With over 2 million historical objects and pieces of art spanning 5,000 years, you’ll leave feeling like you just sat through the most intense world history lesson in your life. Another plus? It’s “free” (see: suggested donation) for New York state residents. 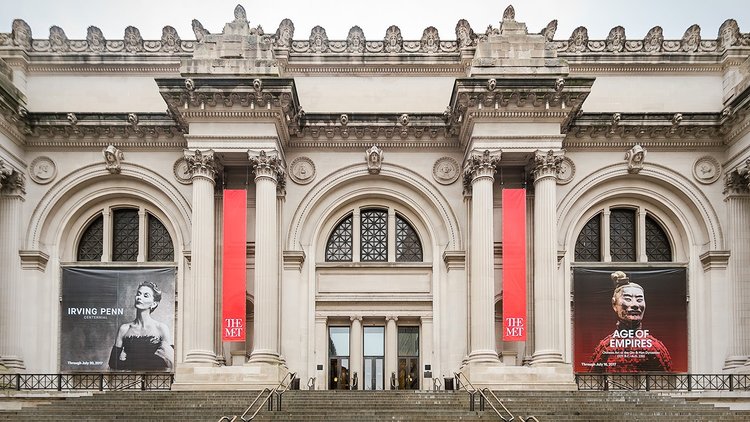 Whitney Museum of American Art | 99 Gansevoort St., New York, NY 10014
Yes, it’s perpetually busy, but with good reason. The Whitney is one of the best modern art museums in the country, with a constantly-rotating collection of pieces. Bonus: come on Friday and admission is free (err, suggested donation).

American Museum of Natural History | Central Park West & 79th St., New York, NY 10024
Taking up an entire city block on the city’s Upper West Side, the American Museum of Natural History has everything from dinosaur skeletons to the can’t-miss Hayden Planetarium. You can easily spend an entire day at this museum, so no worries if that nasty weather doesn’t break anytime soon. 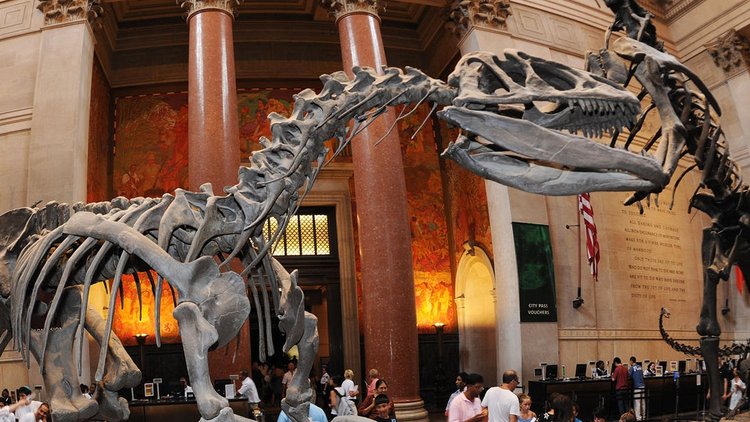 MoMA | 11 W 53rd St., New York, NY 10019
One of the best-known modern art museums in the world, MoMA has played a major role in developing and collecting pieces by modernistic artists since its opening in November of 1929.

New-York Historical Society | 170 Central Park West, New York, NY 10024
An impressive collection of New York City history resides in the Upper West Side. The society was founded in 1804 as New York’s first museum. Today it presents exhibitions, public programs, and research that explore the rich history of not only New York, but of the nation.

Color Factory | 251 Spring St., New York, NY 10013
Like an Instagram page come to life, this ‘museum’ has some of the coolest interactive spaces in the city. Prepare to feast your eyes on vibrant works of art from a talented roster of artists, illustrators, designers and makers. 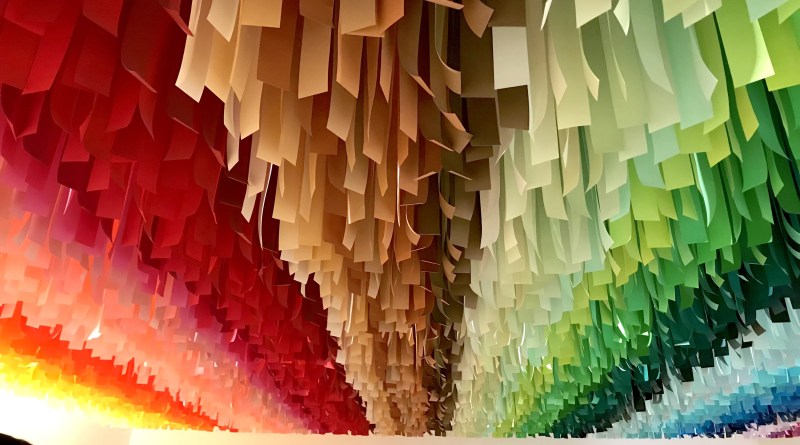 Brooklyn Glass | 142 13th St., Brooklyn, NY 11215
Tap into your creative side and take a workshop or two at Brooklyn Glass, a Brooklyn-based glass blowing studio. The studio offers a bunch of different workshops and classes varying in length, subject and difficulty level.

Astor Center | 23 E 4th St., New York, NY 10003
Whether you want to learn how to make a mean Manhattan or are a dabbling Sommelier, Astor Center has the class for you. Event themes range from classic wine tastings to unique sake tastings and everything in between. Check out their website for their schedule of events.

Brooklyn Kitchen | 274 36th St., Brooklyn, NY 11232
Daily classes are available and generally last two hours, ranging in everything from fresh pasta making to doughnuts, depending on the class. At the end of each class, you’ll sit down with the rest of your class and enjoy the fruits of your labor. 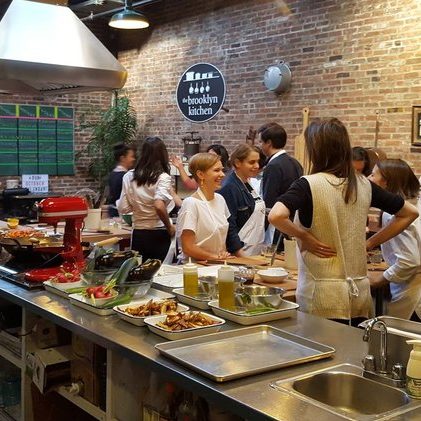 Butter Lane Cupcakes | 123 E 7th St., New York, NY 10009
Learn how to make and decorate cupcakes as pretty and professional as the Instagram pages you follow. This intimate space is perfect for small groups or couples.

The League of Kitchens | Various Locations
This unique cooking class is for anyone looking for broaden their horizons of international cuisine. The program sets you up with an immigrant in their own home for an immersive and inspiring experience that includes cooking instruction, story-sharing and a recipe book to take home. Classes take place on weekends throughout Brooklyn and Queens, primarily.

Grab a drink or two… or three

Brooklyn Cat Café | 76 Montague St., Brooklyn, NY 11201
If you’re in the neighborhood, swing by the Brooklyn Cat Café. Winter weather is the purrfect (!) time to curl up with a warm beverage and a furry friend. Coffee, tea, and snacks are served alongside some of NYC’s cutest adoptable cats.

Barcade | Multiple locations
Spend the day honing your video game skills in this unique bar that doubles as an arcade. It’s easy to lose track of time on a blustery day when you’re downing beers and trying to beat the high score on Pac-Man.

Dead Rabbit Grocery & Grog | 30 Water St., New York, NY 10004
If you happen to find yourself in the Financial District, stop in at Dead Rabbit; there’s a reason why this bar was named the “World’s Best Bar” not once, but twice. Upstairs is a more classic cocktail lounge while taking a trip downstairs transports you back to 19th century Ireland, complete with sawdust on the floor. And come hungry — Dead Rabbit serves up some of the best Irish food in Manhattan.

Mother of Pearl | 95 Avenue A, New York, NY 10009
It may be cold outside, but it’s always 80 and sunny in Mother of Pearl. Walking into this bar feels like walking into 1950s Hawaii with its sophisticated ‘island flair.’ Colorful, Polynesian-inspired dishes round out this hideaway’s menu.

Black Rabbit | 91 Greenpoint Ave., Brooklyn, NY 11222
This cozy pub feels a lot like drinking in a library, and patrons can stay for hours playing board games galore. Trivia and theme nights also make for a unique experience.

Ivan Ramen | 25 Clinton St., New York, NY 10002
What food pairs better with a cold winter day than noodles? NYC has a bit of a love affair with ramen, and Ivan Ramen happens to be one of the city’s most popular. Not a fan of Ivan? You’ve got other options.

Mission Chinese Food | 599 Johnson Ave., Brooklyn, NY 11237
Mission specializes in spicy Sichuan classics in a modern space. When it’s this cold out, it makes sense to want to warm yourself from the inside out, and these authentic Chinese dishes won’t disappoint.

Heatonist | 121 Wythe Ave., Brooklyn, NY 11249
How many hot sauces is too many? If you’re a self-proclaimed spice aficionado, head over to Heatonist in Williamsburg for a ‘flight’ of their most fiery sauces. Don’t forget to buy some to spice up your cooking at home! 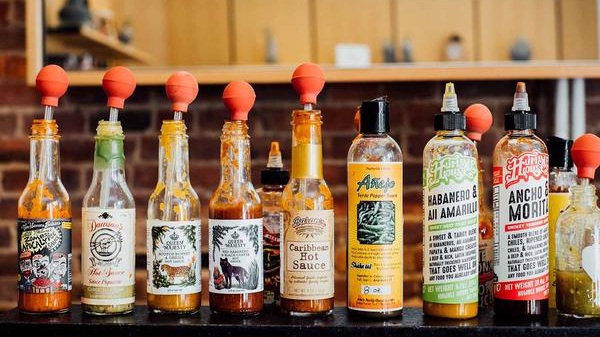 Some of the sauces at Heatonist

Hanoi House | 119 St. Marks Pl., New York, NY 10009
Everyone has their own favorite place to grab a piping hot, comforting bowl of pho, and it’s true – there are many great options around NYC. But we’re partial to Hanoi House and its inviting location in the East Village.

DeKalb Market Hall | 445 Albee Sq. W, Brooklyn, NY 11201
This 60,000 square foot food hall that recently opened up in Downtown Brooklyn features over 40 different vendors, so there’s plenty to seek out (including the first offshoot of the iconic Katz’s Deli).

Broadway | Various Locations
Catching a Broadway show is synonymous with New York City. Face value tickets can be pricey, but there are ways to snag cheaper seats.

Iggy’s | 1452 2nd Ave., New York, NY 10021
Whether it’s your personal goal to become an NYC karaoke legend or you’re more of a ‘sit back and watch’ kind of person, Iggy’s is the place to be for some of the most entertaining karaoke in the city.

Upright Citizens Brigade Theatre | 555 W 42nd St., New York, NY
Home of the alternative comedy troupe that launched the careers of many well-known TV and film stars, UCB holds nightly shows that are guaranteed to get you laughing.

See Live TV | Various Locations
All around Midtown are options to be apart of a live studio audience. While some shows (ahem, SNL) are virtually impossible to get tickets for, there are others that offer same-day tickets. Here’s a handy guide on how to get tickets to some of the best live TV tapings around the city, all of which are free. 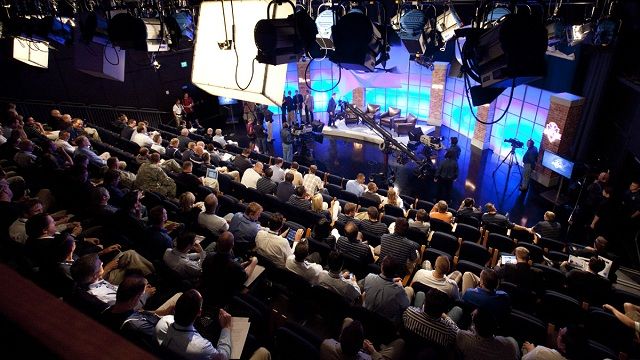 Living television tapings happen all over the city

Nitehawk Cinema | 136 Metropolitan Ave., Brooklyn, NY 11249
This Brooklyn venue screens indie releases as well as an array of retro films. Plus, dinner and a movie has never been so convenient, since each theatre offers individual service with full meal options as well as a bar downstairs that stays open late.

Live Music | Various Locations
This is New York – home to some of the most influential movements in music, so you know live shows are a staple of the city. It’s damn near impossible to pick just one venue to catch a show at, so we’re not even going to try (though here’s a good place to start). From sold-out amphitheaters to intimate basement dive sets, there’s never a shortage of live music in NYC.

Kick Axe Throwing | 622 DeGraw St., Brooklyn, NY 11217
Get out some of that pent-up winter frustration by throwing literal axes against a wall. Plus, you’re allowed to drink while doing so.

Royal Palms Shuffleboard Club | 514 Union St., Brooklyn, NY 11215
If axe throwing is a little too intense for your taste, just around the corner is Royal Palms. This warehouse-like space houses a number of shuffleboard courts where patrons can play as they enjoy a signature cocktail. Not a shuffleboard pro? No problem – each group receives a complimentary lesson. 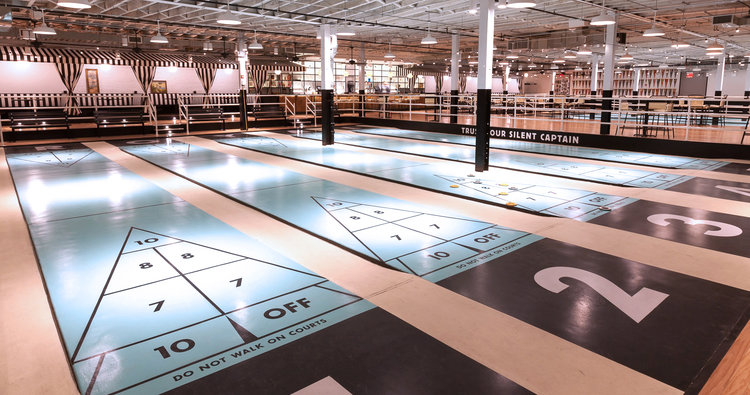 Clinton Hall | 90 Washington St., New York, NY 10006
Boasting an extensive amount of indoor activities, Clinton Hall has a little bit of everything. Jenga, ping pong and cornhole are just some of the staples at this indoor beer hall.

Chelsea Piers | 62 Chelsea Piers, New York, NY 10011
Dubbed as New York’s Ultimate Playground, this massive sports complex literally has something for everyone under one roof. Ice skating, swimming, bowling, rock climbing and a driving range (plus much more) make this a perfect place to spend an afternoon with pals without worrying about ever getting bored.

Brooklyn Bowl | 61 Wythe Ave., Brooklyn, NY 11249
This high-tech, 16-lane bowling alley also has live music nightly, so when you’re done knocking down pins, you can catch a show. The food’s not bad, either.

No matter your interests, New York always has something for everyone. Have questions about what’s happening in your neighborhood? Ask us! We’re always available to chat.

New York City - and specifically Manhattan - sees a constant fluctuation in rental market pricing. There are many variables for this: new construction … Read more ⇢

In June, the state of New York passed a bill that changed current rent laws and introduced new rules for tenants and landlords. Due to the significanc … Read more ⇢

NYC Rental Tips: What is a Guarantor?